The Zambian government on Friday launched a poverty mapping tool that will help the southern African nation know the extent of the distribution of poverty for better resource allocation. 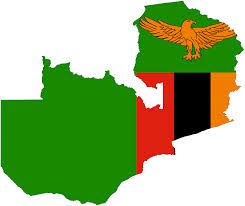 The mapping subnational poverty in Zambia tool has been developed with the help of the World Bank to help stakeholders have a clear understanding on how poverty is distributed in the country.
“The whole exercise of mapping poverty is important for enhancing current understanding of the country’s distribution of poverty and the geographical and biophysical conditions where the poor live,” Kundhavi Kadiresan, World Bank County Director for Zambia, Malawi and Zimbabwe said during the launch.
The tool, she added, will help policy makers, development partners and other stakeholders in designing interventions that were critical to reducing poverty in the country, adding that such information was critical now when the country’s impressive growth of above six percent has not improved living conditions for the majority of its citizens.
“I am thinking of places which have very high concentrations of poor populations not yet enjoying the economic growth rates and Zambia’s status as a lower middle income country. Such people must be reached,” she said. “The tool is important because it will help policy makers in making informed decisions and help us on how to allocate resources, ” she added.
Zambia’s Minister of Community Development, Mother and Child Health Emerine Kabanshi said during the same occasion that the tool will help the government in embrace all people in the development process as it gives data on where poverty levels are high. “Tackling poverty will now be easier because we know where exactly we have high poverty concentrated. It will help us to distribute resources where they are needed,” she said.
The Zambian minister acknowledged that in the past it has been difficult to tackle poverty effectively because the government was allocating resources anyhow whether knowing the exact areas with high poverty levels.
The tool provides data on poverty distribution from provincial to the lowest area in the country such as wards.
According to government figures, about 77.9 percent of rural populations live in poverty, with 42 percent living in extreme poverty. Enditem