This is real: Ifot (witchcraft or witch) remains one of the very few indigenous?words a first-time visitor to Akwa Ibom State is likely to quickly pick up from among the people of the state. This is because in Akwa Ibom State, almost every misfortune is attributed to ifot. Here, a migraine or a student?s poor academic performance or even poor record of sales in a business shop would most likely be traceable to ifot. Here, everyone does live in fear, and everyone is a potential suspect.

Akwa Ibom is generally believed to be among the top states in Nigeria that remained plagued by witchcraft killings. The oil-rich state assumed international spotlights few years ago with the showing of a documentary titled ?Dispatches: Saving Africa?s Witch Children? which was aired in a TV station in the United Kingdom. The documentary which went viral on the Internet through YouTube and other video-sharing websites showed a self-styled cleric, Bishop?Sunday?William boasting ?I killed up to 110 people identified to be witch.? The documentary expectedly prompted international awareness and concern over the situation in Akwa Ibom, and may have in some ways contributed to the passing of the Child Rights Law in the state by the current administration of Governor Godswill Akpabio. As it is, Akwa Ibom State may never have the correct statistics of those tortured, maimed or killed on suspicion of witchcraft. Likewise, the state may never have a complete picture of the public relations disaster this phenomenon has caused it. What is most worrisome, however, is the seeming helplessness of the government and the state security system in tackling this retrogressive phenomenon.

Lately, an incident that best captured such helplessness on the part of the police is contained in a news report published in the January 18, 2014 edition of the Sun newspaper where ?5 men own up to killing own children? at Idiaba Ikot Udotan village in Nsit Atai, Akwa Ibom State. ?When the five men confessed to wizardry after the youths had stormed their compounds, the community elders had to rush to the police division at the local government headquarters, Odot, but the police declined involvement, saying they didn?t want to get involved in spiritual matters,? the news report said.

The Sun report quoted the acting village head of Idiaba Ikot Udotan, Chief Charles Akpan as saying ?but for the maturity exhibited by the elders, the youth would have killed the wizards and that could have plunged the community into a serious problem since the police who had earlier declined intervention, would have descended on the village to arrest people.? Section 210 (a) and (b) of Nigeria?s Criminal Code stipulates that ?any person who by his statements or actions represents himself to be a witch or have power of witchcraft; or accuses or threatens to accuse any person with being a witch or with having power of witchcraft is guilty of a misdemeanour, and is liable to imprisonment for two years.? With this position of the law and other sections relating to witchcraft, it is obvious that the police refusal to intervene in the Nsit Atai case on grounds that it was a ?spiritual matter? was nothing but a shameful display of either ignorance, lack of interest or helplessness.

There are even worst situations where law enforcement officers themselves are the ones dishing out jungle justice to citizens on mere suspicion of witchcraft. Take the shameful incident in Ediene Abak, Abak Local Government Area sometime last year where two brothers who are personnel of the Nigeria Navy ? Michael Williams and Akwaowo William ? and their brother, Uduak William of the Nigeria Police reportedly manhandled and stripped their septuagenarian uncle, Mr. Polycarp William and his wife, Mrs. Anna William naked and caused the victims to walk around the village. Mr. Polycarp William and the wife were so ill-treated and dehumanised and forced to flee their village because after being accused of being witches. Or the case of Mr. Ita Ayamba, a police sergeant from Ibiaku community in Mkpat Enin Local Government Area who was alleged to have severely beaten up and then abandoned his eight-year-old daughter, Goodness Ayamba over ?her refusal to confess to witchcraft.? The pattern of the witchcraft phenomenon in Akwa Ibom State is well known. 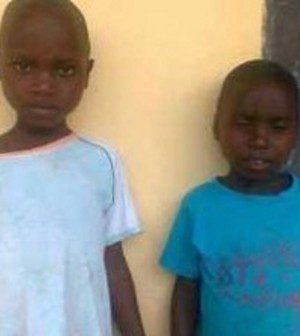 A ?man of God? identifies a person ? it could be a small child, aged or young person ? as a witch, then the victim who is instantly branded a witch by family members, friends and the public is exposed to emotional and physical attacks. The existence of the Child Rights Law in Akwa Ibom State is commendable, though. But of what value is a law when there is no single record of conviction of defaulters, even when the crime in which the law was meant to check is on the increase?

The Akwa Ibom State government through its many organs and agents is in a better position to tackle the unending witchcraft phenomenon in the state, therefore we make bold to suggest that the government should audit the performances of its Ministries of Justice, Women Affairs, as well as Information & Communication and other related ministries as regards the implementation of the Child Rights Law in the state. Such performance audit may likely prompt the training and re-training of government officials whose responsibility it is to help in the implementation of the Child Rights Law and other witchcraft-related laws. It may also help the government to realise that they haven?t done much to help the populace nor enlighten them about the social ill called witchcraft.

Similarly, we call on the Akwa Ibom branch of the Christian Association of Nigeria (CAN) to lead a campaign of internal cleansing among the churches, especially the Pentecostal churches in the state with a view to reversing the negative trend and giving Christianity a new positive image in the state. The witchcraft phenomenon in Akwa Ibom State is alarming. It requires a conscious, systematic and sustained collective approach to tackling it, less everyone becomes a victim in future.

Ukpong is journalist based in Uyo

Witch Camps and Politics of Witchcraft Accusations In Ghana

Witchcraft Imputation and Cruelty to Animals in Africa

Pastor and “exorcist” jailed 15 years for defiling “a witch”

6 killed as fuel tanker rams into tricycles in Nigeria

Witchcraft and Magic: Human Beings Cannot Metamorphose Into Other Animals

Prof. Abrefa-Gyan advocates establishment of “women shelter” for the aged