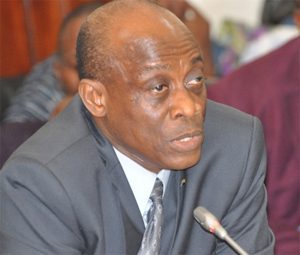 Plans are afoot to establish a harmonised regulatory environment for the issuance and trading of financial securities across the West African sub-region.

The move, which is part of efforts to integrate the capital markets in various West African countries, is aimed at facilitating growth in the markets to empower the region to remain relevant in attracting investment flows.

The first phase of the integration process, according to the Chairman of the West African Capital Markets Integration Council (WACMIC), Mr Oscar Onyema, is expected to be covered by April 2014 and this involves giving sponsored access to brokers from other capital markets to trade securities as well as settle in markets other than the home countries.

?We have set for ourselves a very ambitious target of completing the first phase of integration by the end of March 2014, and commencement of implementation by April 1, 2014; and we believe it is achievable, having carefully mapped out our implementation strategies,? he said.

The objective of sponsored access, he said, was to enable entities that were not direct market operators of an exchange to participate in the exchange by granting them direct access to the exchange?s trading facility via technology.

The sponsored access will, therefore, allow for enhanced efficiency and transparency to the WACMI investment community.

The second phase of the integration is where qualified brokers who meet certain standards receive a common passport to enable them trade directly in any of the markets across West Africa.

The third phase, which is the final phase, will see the actualisation of the establishment of a virtual West African Securities Market (WASM), which Mr Onyema said was to be achieved before the end of March 2015.

The Director-General of the Securities and Exchange Commission (SEC), Mr Adu Anane Antwi, said after two failed attempts to integrate the capital markets in West Africa, he was optimistic the third attempt would be fruitful.

A Director of the Financial Service Division of the Ministry of Finance, Mr Joseph Chognuru, said the integration would move economic growth, attract investors, encourage savings and provide another source for businesses to raise capital.

He also added that the move would better position the Ghana Stock Exchange to serve more than the local market segment.

The Importance of Ghana’s Agriculture Sector to Economy

Insect and Hydroponic Farming Could Boost Food Security, Business and the Circular Economy

Government to leverage technology to transform the economy – Minister

WRCC to support businesses in the region – Minister