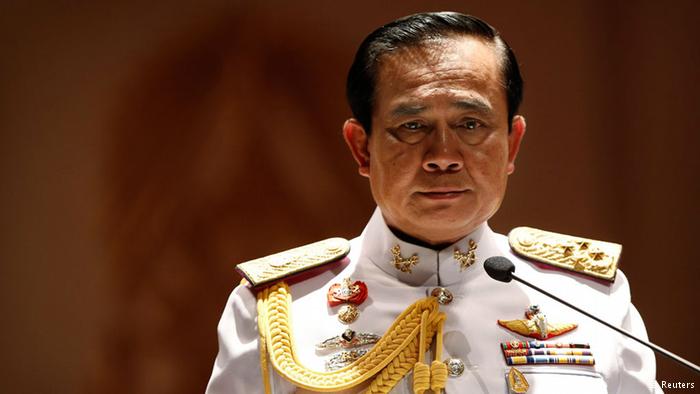 I would like to draw your attention to the following case.

On 16 March 2015, at approximately 11:30 am, members of the Southern Peasant Federations of Thailand (SPFT) refused to sign a contract with the Thai military agreeing not to return to the Premsub Community in Surat Thani Province. Six days before, the organisation received information from a reliable source that the President of SPFT, Mr Pianrat Boonrit, had been placed on a surveillance list by the intelligence agencies in Thailand as an ?influential person of interest? with ties to the mafia.

The Southern Peasants’ Federation of Thailand ? SPFT (Southern Peasant Cooperatives) is a network formed in 2008 to campaign for the right to agricultural land in the Khlong Sai Pattana community in Chaiburi District, Surat Thani Province and other areas in the region. SPFT has been active in supporting the Premsub Community in a land dispute involving Thai Boonthong, an oil palm company. Reportedly, the disputed land belongs to the Agricultural Land Reform Office (ARLO), which in 2009 allowed the villagers to remain on the land until the resolution of the dispute, as the company?s concession for the territory had ended 15 years before. However, it is reported that the company continues to occupy the land and that the villagers are at ongoing risk of forced eviction.

An officer from Vibhavadi Rangsit Military Camp and Chaiburi District, accompanied by approximately 40 members of the Volunteer Defense Corps, reportedly came to the Premsub Community and attempted to obtain the agreement of SPFT members to leave the territory and not to return. The members refused, declaring that access to the community is essential to their work defending land rights, and that they were willing to face arrest and attending an ?attitude adjustment camp?. At the same time, the authorities presented the Premsub Community with a letter signed by the the Provincial Governor, dated 22 July 2014. The authorities claimed it required the community to leave the property within one day. The villagers were allegedly told that if they failed to leave, they would be arrested and taken to attend an ?attitude adjustment camp? at the Vibhavadi Rangsit Military Camp.

Reportedly, on 12 March 2015, the Sub-Committee on Land Rights and Forestry of the National Human Rights Commission of Thailand initiated an inquiry into the actions of authorities of Surat Thani Province, following the complaint submitted by members of SPFT regarding acts of intimidation, forced evictions and killing of four land rights activists in late February 2015, including Mr Chai Bunthonglek. Previously, Pianrat Boonrit was detained for two days after presenting himself to the military on 3 February 2015. He had received a letter summoning him to appear at the Vibhavadi Rangsit Military Camp in order to attend an ?attitude adjustment camp? for three days.

I express my grave concern at the intimidation of members of SPFT, including Pianrat Boonrit, which I believe to be directly related to their peaceful and legitimate work in the defence of land rights.

I urge the authorities in Thailand to:

1. Immediately cease any surveillance of Pianrat Boonrit, and remove him from the surveillance list, and cease attempts to impede the SPFT in carrying out their work;

2. Take all necessary measures to guarantee the physical and psychological integrity and security of Pianrat Boonrit and all members of SPFT;

3. Carry out an immediate, thorough and impartial investigation into the intimidation of SPFT and its members, with a view to publishing the results and bringing those responsible to justice in accordance with international standards;

4. Guarantee in all circumstances that all human rights defenders in Thailand are able to carry out their legitimate human rights activities without fear of reprisals and free of all restrictions.

US Credibility Among Allies Has Been ‘Damaged’ After Afghanistan Withdrawal