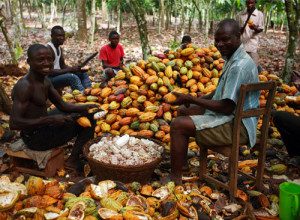 The role of agriculture remain the pillar for development, supporting livelihoods of many families, guaranteeing food security, reducing poverty in rural  areas and promoting growth and national development; however, the mirage of challenges confronting small holder farmers cannot be overlooked.

Although several attempts are being made by various stakeholders including past and present governments to address the many challenges confronting the sector, high levels of post -harvest loses, poor infrastructural (road networks, irrigation, power and storage facilities), effects of trade liberalization policies among others still persistent and widespread .

According to the Acting General Secretary of the General Agricultural Workers Union (GAWU), Mr. Edward Kareweh, the Ghanaian farmer?s plight can be addressed as a matter of priority, without the government necessarily modernizing agriculture through the Plant Breeders Bill, which is currently before parliament.

He explained that, the Plant Breeders Bill will only pave way for Genetically Modified Organisms (GMOs). ?The Plant Breeders Bill if passed into law in its current form will undermine smallholders access and control over seeds and planting materials, threatening indigenous food systems and production practices, which could put the health of consumers in danger with severe consequences for the development of the country?.

Giving this background, the Plant Breeders Bill must seek to improve on Biotechnology without necessarily introducing Genetic engineering or modification.

?Genetically Modified Organisms (GMOs), is not only a wild ghost chase but a mark of misplaced priority,? he told Spy News Agency in an interview.

GAWU is therefore calling on the government to continue supporting farmers to access fertilizers through the reintroduction of the fertilizer program; this according to the Association will go a long way in addressing critical issues of small holder farmers. He said government must also make improve seeds and other planting materials accessible to farmers but said these improved seeds must however not be genetically modified.

The provision for protection and support for improved  seeds of indigenous technology makes the introduction of Genetically Modified Organisms (GMOs), the least developmental approach to addressing  the over aching challenges of agricultural production and food security in the country.

?GMOs will do us more harm than good,? Mr Kareweh noted.

2.3 million hybrid cocoa seedlings to be distributed to farmers

M/DCEs advised to clear bushy areas for security and safety

Parents told to lead the fight against child marriage

Farmers appeal for crop insurance from government and banks

Ethiopia farmers to be assisted to adapt to climate risk, enhance food security