Cote d’Ivoire Popular Front (FPI), the country’s main opposition party, said on Sunday it will contest in the presidential elections scheduled to take place in October this year. 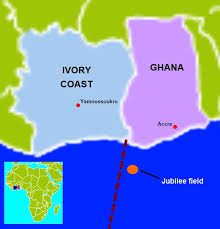 The party’s president Pascal Affi N’Guessan who spoke in the central town of Bouake, said the party’s flag-bearer will be known during its national congress.
“The duty of a political party is to compete for power and not follow another party,” he affirmed.
“We have no choice but to compete in the forthcoming elections because Cote d’Ivoire people want us to serve them,” N’Guessan declared.
He said the people of Cote d’Ivoire were today yearning for change and the opposition should be able to respond to their aspirations.
In the last few months, FPI has been rocked by internal wrangles, raising doubts among political observers as to whether the party will field a candidate during October polls.
A section of the party membership has been supportive of the idea, while the other section has been vehemently opposed to any candidature if its leader, Cote d’Ivoire’s ex-president Laurent Gbagbo, is still detained at the International Criminal Court in the Hague. Enditem