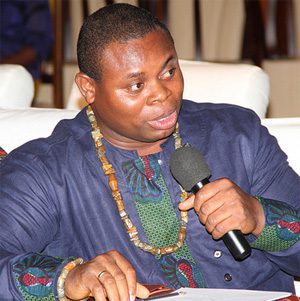 Policy think tank, IMANI Ghana has been dragged before the specialized Social Security and National Insurance Trust (SSNIT) court for the non-payment of contributions of its workers.

A source at SSNIT told Citi News that a writ of summons has been served on IMANI Ghana at its Legon offices.

The details of the summons are not clear but the source says IMANI Ghana is expected to put in an appearance this Saturday at the court.

The Executive Director of IMANI Ghana, Franklin Cudjoe who confirmed the summons to Citi News however said the issue is a red herring.

He said he was surprised by the leakage of the news to Citi FM saying someone is up to some mischief.

?IMANI has never really had permanent workers. But this year, we got a grant and decided that those interns who have spent more than two months we will be paying them this month. So we went to SSNIT to start the process?, Franklin Cudjoe said.

He said, ?we went to SSNIT to actually begin the process so I?m very confident that SSNIT itself will probably not be happy that somebody has leaked this issue possibly for their own good. It is very interesting but there is nothing problematic about this issue at all.?

?Assuming it?s the case that these things are not being paid, that?s why they are going on their education campaign that people come forward and comply so for me, it?s a red herring. Is that not what SSNIT itself wants?? Mr. Cudjoe quizzed.

?Our financial status and everything is actually not in doubt so for me, it is a matter of somebody who wants to laugh at us.?

Although he says IMANI is ready to put in an appearance at court, Mr. Cudjoe says ?you probably would be surprised to know that there might actually not be a court appearance because the things that SSNIT asked for, we?ve submitted all of them.?