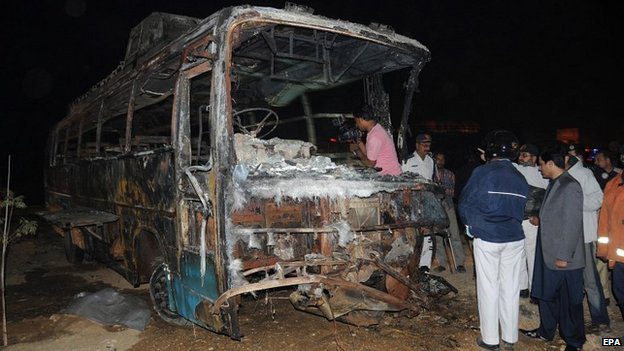 A number of 50 school children managed to escape a burning school bus on the Nord Autobahn A5 by the town of Gaweinstal in the Austrian state of Lower Austria on Thursday morning, local media reported.

The bus was driving in the direction of Vienna when it suddenly caught fire at about 9:30 a.m., first noticed when one of the school students noticed smoke and alarmed a teacher.
The driver of the vehicle successfully managed to bring the bus to a stop by the side of the motorway where all passengers were evacuated without harm.
Emergency services hotline in Lower Austria, Notruf NOe, said they received numerous calls due to the large volume of smoke, and by the time fire crews arrived the bus was completely on fire.
They managed to quickly bring the fire under control, though one fire fighter suffered smoke inhalation and a broken ankle.
The fire brigade suspects engine failure was to blame for the incident.
The children, who had been on their way to an ice skating rink, were taken to a local fire station by minibus where they were then picked up by their parents. Enditem

Austria to require proof of Covid-19 status in most workplaces