At least six members of an anti-Taliban movement were killed Tuesday in an attack in eastern Afghanistan, an official said. 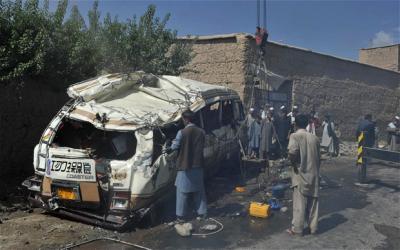 Several tribes across the country have set up groups to secure their villages from Taliban threats, with such so-called “uprisings” financed and armed by the government.

“Taliban attacked on an outpost of public uprising militias in Baraki Barak district, killing all six people,” said Mohammad Darwish, a spokesman for the governor of the eastern province of Logar.

Taliban have increased their attacks since Afghanistan signed a long-delayed bilateral security agreement with the United States, allowing US troops to stay in the country after the end of the year.

Separately, one civilian was killed and another injured by a roadside bomb in the capital Kabul, local news reports said.
GNA