Access to drinking water has been one of the biggest successes of the Millennium Development Goals, UNICEF said ahead of World Water Day, but for 748 million people around the world, just obtaining this essential service remains a challenge. 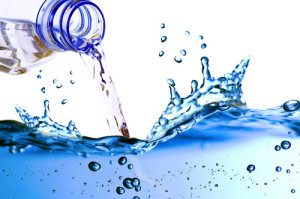 “The story of access to drinking water since 1990 has been one of tremendous progress in the face of incredible odds,? said Sanjay Wijesekera, head of UNICEF’s global Water, Sanitation and Hygiene programmes. ?But there is more to do. Water is the very essence of life and yet three-quarters of a billion people ? mostly the poor and the marginalized ? still today are deprived of this most basic human right.?

Some 2.3 billion people have gained access to improved sources of drinking water since 1990. As a result, the Millennium Development Goal target of halving the percentage of the global population without access at that date was reached five years ahead of the 2015 deadline. There are now only three countries ? Democratic Republic of the Congo, Mozambique and Papua New Guinea ? where more than half the population do not have improved drinking water.

But, despite this progress, significant disparities persist. Of the 748 million people globally still without access, 90 per cent live in rural areas, and are being left behind in their countries’ progress.

For children, lack of access to safe water can be tragic. On average, nearly 1,000 of them die every day from diarrhoeal diseases linked to unsafe drinking water, poor sanitation, or poor hygiene.

For women and girls, collecting water cuts into time they can spend caring for families and studying. In insecure areas, it also puts them at risk of violence and attack. UNICEF estimates that in Africa alone, people spend 40 billion hours every year just walking to collect water.

Sub-Saharan Africa, the region with the lowest coverage in 1990, has been gaining access to drinking water at the rate of 50,000 people per day since the year 2000. Nevertheless, the region still accounts for more than 2 out of 5 of those without access globally ? or 325 million people. Most countries in the region are not on track to meet the MDG target.

Another region of concern is Oceania, which has made only limited progress since 1990. Large numbers of people without access also live in China (112 million) and India (92 million).

Working with governments and partners UNICEF is pushing for innovative and cost effective methods to make progress.

– In Bangladesh, UNICEF has used an exciting new approach to collect rainwater and then pump it into shallow aquifers, achieving water security for approximately 1 million people whose groundwater had become salinized.

– In 2014 in the Democratic Republic of the Congo, through the ?healthy villages? model, more than half a million people gained access to improved drinking water and sanitation in their communities, and 229 schools were equipped with water, sanitation and hygiene facilities.

Building on a successful roll-out last year, UNICEF and partners are again this year engaging the public in a social media campaign with the hashtag #wateris, to help raise awareness of the issue and highlight the plight of those who are still without drinking water.

Over 400,000 People Displaced After Volcano Erupts in DR Congo – IOM