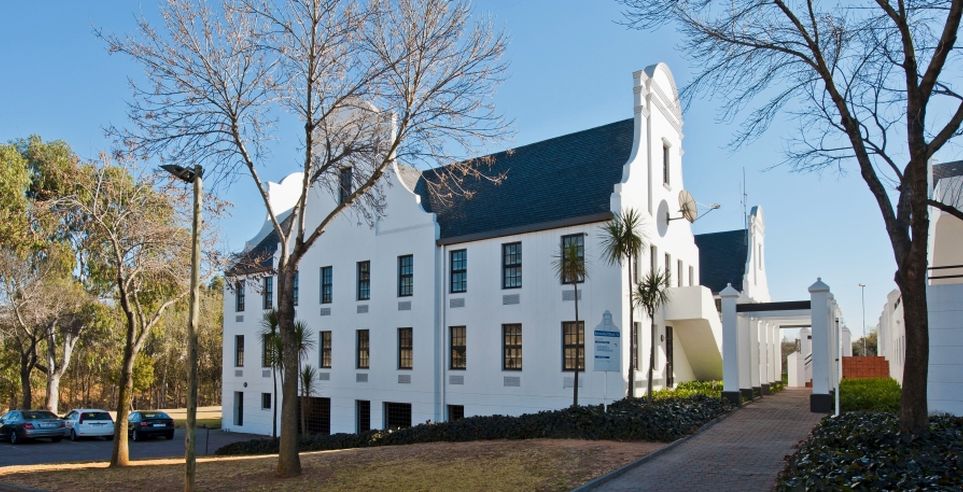 ?Aurecon is delighted to be involved in South Africa?s 100th Green Star Rated building and it is a testament to how the industry is changing. The nation?s rapidly expanding stock of sustainable properties shows how multiple stakeholders and industries are working together to transform the performance and quality of South Africa?s built environment,? says Marni Punt, Aurecon?s ESD Consultant for the Kirstenhof Office Park development.

The Kirstenhof Office Park is situated on Witkoppen Road in Johannesburg and it comprises four, two-storey high office blocks that function as a single building by virtue of being connected by a core quad area that covers a single, shared basement. The elegant Cape Dutch designed building is 20 years old and is used for both corporate office space and tertiary education facilities.

As the ESD consultant for the project, Aurecon was tasked with finding ways to improve occupancy comfort levels as well as reduce the energy and water consumption of the building. Some of the green features of the project include energy efficient lighting, flow restrictors on all taps, a storm water management plan to limit the disruption of natural hydrology, as well as a waste management plan that will ensure that more waste is diverted from landfills.

The Kirstenhof Office Park has evolved over the past two decades and adapted to the building occupants? needs. An understanding of how building occupants use a building is key in order to create liveable areas where people want to work and collaborate, explains Punt.

?The large trees, building orientation, landscaping and the high Solar Reflectance Index value of the fa?ade has enabled building users to make use of the natural cross ventilation in the building instead of using air conditioning,? says Punt.

The building user?s tendency to make use of natural ventilation at the Kirstenhof Office Park has led to a lower running cost and reduced energy consumption on heating and cooling (which usually accounts for approximately 60% of a building?s energy consumption).

Aurecon conducted occupant, thermal and transport mode surveys in the project?s twelve month performance period and this information can be used to further enhance the building occupants? experience and comfort levels.

Research has shown that people are more productive when they have adequate lighting and views of nature while they work. ?There is a large amount of natural light in the buildings, as a result of the numerous windows throughout the office blocks. Glare from direct sunlight was reduced by installing high performance blinds and we were also able to prove that 60% of the usable area has direct line of sight to the outdoors,? says Punt.

The Kirstenhof Office Park initially targeted a 4-Star Green Star Rating, but thanks to the buildings exceptional energy and water performance and Aurecon?s ability to conduct all of the targeted audits and surveys in-house (thereby avoiding many additional expenses), the building was able to achieve a 5-Star Green Star: Existing Building Performance (EBP) pilot rating. Aurecon needed to follow two separate compliance paths that were set out by the GBCSA for energy and water benchmarking because the building is used for both office space and tertiary education establishments.

?It is exciting and challenging to be involved with a pilot study like this. In order to overcome the challenge of the rotating schedules of students and office workers, Aurecon conducted an intense on-site survey strategy to achieve the required response rate. The fact that we were able to complete all the audits, surveys and analyses in-house helped us achieve this Green Star Rating for our client,? says Young.

Werner van Antwerpen, Head of Growthpoint Properties? specialised sustainability division, says: ?The 5-Star Green Star SA rating is a testament to what can be achieved when forward-thinking companies are able to partner, share their expertise and collaborate on ways to future-proof existing buildings. The Kirstenhof Office Park is not only more sustainable, but it is also able to provide a unique space where people are comfortable to work, socialise, learn and innovate. Growthpoint commends Aurecon on their contribution towards helping us achieve this milestone.?

Aurecon provides the full gamut of ESD and engineering services and the company has been involved with 20% of all the Green Star Rated properties in South Africa. In September 2014, Aurecon won a Green Star SA Leadership Award from the GBCSA and continues to partner with clients to achieve high-performing buildings that meet and exceed the stringent GBCSA criteria.